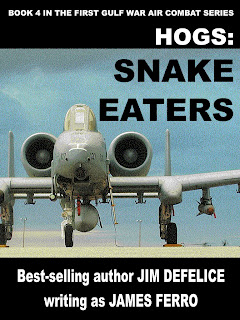 I found that while many artists did drink a great deal, very few mixed alcohol with their working hours. Even the alcoholics recognized that drinking made their creative output a little too effortless and their appraisal of the results a little too charitable. Sobriety is a requirement of most artistic work.

The unanswered question: which works DON'T you have to be sober to create?

Definitely a work in progress, but we'll get the hang of it . . .

Boston took a punch on Monday — two of them, actually — that left it staggering for a bit. Flesh proved vulnerable, as flesh is wont to do, but the spirit merely trembled before recasting itself into something stronger than any bomb or rage.


Reuters) - The U.S. Defense Department on Wednesday said it has approved the sale of either the Lockheed Martin Corp F-35 stealth fighter or Boeing Co's F-15 Silent Eagle fighter to South Korea, which is expected to announce the winner of a 60-jet competition later this year.

Actually, the competition to pick a new fighter - the Eurofighter is in the mix as well - has been ongoing, but this does almost seem like a reaction to North Korea's idiocy. Sixty Stealth Eagles could pretty much eliminate the North Korean nuclear and ballistic missile programs on their first sortie . . .
Posted by jd at Monday, April 15, 2013 No comments: Links to this post


A presentation at the Hack In The Box security summit in Amsterdam has demonstrated that it's possible to take control of aircraft flight systems and communications using an Android smartphone and some specialized attack code. . . .

Teso's attack code, dubbed SIMON, along with an Android app called PlaneSploit, can take full control of flight systems and the pilot's displays. The hacked aircraft could even be controlled using a smartphone's accelerometer to vary its course and speed by moving the handset about.

Actually, it's not very funny at all. Expect a quick fix . . . or maybe the banning of all electronic devices throughout the flight.
Posted by jd at Friday, April 12, 2013 No comments: Links to this post

Completely and totally stolen from the tumblr, Title To Come; more great riffs on the writing game here:


As the blustering continues, at some point you start to wonder what if these psychos are actually serious, and actually do believe they can nuke the world without consequence? It's not just Kim; it's the military leaders, old men who have lived their entire lives in a bizarre, upside-down world where North Korea dominates the world.

The U.S. and South Korea have apparently adopted a tit-for-tat policy of response: they'll respond "in kind" to whatever North Korea does. That's completely wrong. You don't respond in kind. You use the Al Capone method: Shoot one of my guys, I kill ten of yours.

Truly, the best thing to do is not to wait - eliminate the North Korean missile and nuke programs with a comprehensive first strike. Twenty-four hours and it will be done. The casualties will be less than if North Korea is allowed to start a nuclear war.

Had a great time at Moffat Library's fund-raiser yesterday, meeting supporters of the written word. I got to talk to many wonderful people; I'm sure I got more out of our conversations than they did.

I'm happy to support libraries in any way I can - they've made what I do possible. And this community is raising money to build a new building - brave souls!

Just a note for anyone in the Hudson Valley: the event was held at Round Hill, a beautiful old Federal Period (and later) building, and featured some fantastic catering - and I'm not just saying that because they comped my drinks. If you're interested, here's the caterer's website, which includes information on the house and grounds: http://www.feastcaterers.com/

The slow death of the American author


Authors practice one of the few professions directly protected in the Constitution, which instructs Congress “to promote the progress of Science and the useful Arts by securing for limited Times to Authors and Inventors the exclusive Right to their respective Writings and Discoveries.” The idea is that a diverse literary culture, created by authors whose livelihoods, and thus independence, can’t be threatened, is essential to democracy.

That culture is now at risk. The value of copyrights is being quickly depreciated, a crisis that hits hardest not best-selling authors like me, who have benefited from most of the recent changes in bookselling, but new and so-called midlist writers.


Imagine taking a college exam, and, instead of handing in a blue book and getting a grade from a professor a few weeks later, clicking the “send” button when you are done and receiving a grade back instantly, your essay scored by a software program.

I can imagine it - one more nail in the coffin.
Posted by jd at Thursday, April 04, 2013 No comments: Links to this post


This documentary was made just after the battle.

Surely one of the bizarre episodes in American history.

The accounts here are filled with mistakes. For the facts, check out Stephen Hunter and John Bainbridge Jr.'s excellent book, American Gunfight: The Plot to Kill Harry Truman.

A classic on the operation of the M1 Garand.
Posted by jd at Wednesday, April 03, 2013 No comments: Links to this post