skip to main | skip to sidebar
Will our elections be hacked?

Or have they been hacked already?

In light of Russia's recent attacks on our electoral system, I'm surprised that this isn't getting more attention:

The State Board of Elections (SBE) fell victim to a cyberattack that was detected on July 12, 2016. Specifically, the target was the IVRS database. Once discovered, State Board of Elections closed the point of entry. On July 13th, once the severity of the attack was realized, as a precautionary measure, the entire IVRS system was shut down, including online voter registration.

The real question is whether other states would even know if they'd been compromised.

Sitting at a typewriter, we are always in the present moment as the carriage trundles forward character by character, line by line. Word processing, by contrast, allowed writers to grasp a manuscript as a whole, a gestalt. The entire manuscript was instantly available via search functions. Whole passages could be moved at will, and chapters or sections reordered. The textual field became fluid and malleable, a potentially infinite expanse, or at least limited only by the computer’s ever-expanding memory.

(I would definitely agree that computers have changed the way a writer can relate to a book, and specifically, make it easier to alter individual facets of it, be they plot lines plot characters. I can't imagine writing a novel in any other way. Some writers I know, however, only write forward -- they don't go back once they've finished a page. Ever. Or at least that's what they say. It would be interesting to see a more in-depth study . . .)
Posted by jd at Tuesday, July 26, 2016 No comments: Links to this post

Story. (And just for the record, the Western media's version is way milder than how it feels there.)


There’s nothing like a failed coup to boost the standing of a dictator, especially one who is slowly disassembling a democracy.

Recep Tayyip Erdogan is certainly making the most of the inept coup aimed at his regime last week. Today the Turkish president declared a “state of emergency” for three months; this after starting to purge the military and schools, presumably of anyone who may pose a threat.

Very sad to see such a proud country with a rich heritage and great potential being slowly strangled by a regime that has struggled to help it live up to its potential. Hopefully the people won’t have to go back out on the streets to bring real democracy back.


. . . takes a bizarre turn in Russia - weirder even than the Cold War.

BRUSSELS — An executive with NBCUniversal said he had been denied entry into Russia and detained for several hours on Wednesday, raising the prospect that a growing spy and diplomatic confrontation could now be tipping into the world of business.

The executive, Jeff Shell, who oversees the motion picture unit, said he was traveling to Russia on business when he was detained briefly and ordered to leave the country. Mr. Shell said NBCUniversal had a movie operation in the country. He is also the chairman of the Broadcasting Board of Governors, the federal agency that oversees Voice of America, Radio Free Europe and other government broadcasters that are not well liked in the Kremlin.

Story is here - Make sure to read at least as far as the dump - and I'm not talking about an info dump. 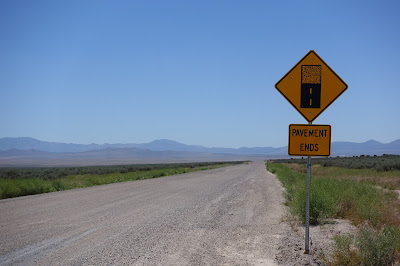 It's good to be back. Posting some outtakes of my research trip for a book on the Pony Express (due out next year) on Facebook, here.

. . . and stop building sand castles in everyone else's backyard.

A tribunal at The Hague ruled in a sweeping decision Tuesday that China has no legal basis for claiming much of the South China Sea and had aggravated the seething regional dispute with its large-scale land reclamation and construction of artificial islands that destroyed coral reefs and the natural condition of the disputed areas.

China "does not accept or acknowledge" the tribunal or the ruling, China's state Xinhua news agency said. The nation has long maintained that the tribunal did not have jurisdiction over the dispute.

The question is what anyone's going to do about it.
Posted by jd at Tuesday, July 12, 2016 No comments: Links to this post