North Korea on Saturday fired what appeared to be a ballistic missile from a submarine off its northeast coast, South Korean defense officials said, Pyongyang's latest effort to expand its military might in the face of pressure by its neighbors and Washington.

Does someone have to be burned before we take the matches away from the psychopath? I guess so.

Statcast’s new metrics have enormous potential to change our understanding of baseball, telling us not only what happened, but also howit happened. On the other hand, they’re largely unfamiliar to fans used to thinking in terms of old-school metrics. So today, I’m going to dive into two of Statcast’s new statistics — launch angle and exit velocity, both of which long existed only in the dreams of sabermetricians — and explore what they can tell us about hitters.


In honor of National Library Week, some applause for my local library, declared the best in the country: 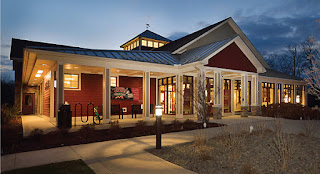 Applause, too, for some military libraries that have aided me greatly in my work and supported me as an author by distributing my books and even hosting me as a speaker - West Point,  Carlisle Military College, Barr Memorial Library at Fort Knox.


When American Sniper was chosen as the "big read" a few weeks back, the publisher asked me to write something about what I did on my summer vacation. Instead, I wrote about libraries and what they mean to me.


The best-selling book in America for two out of four years, translations into languages I didn’t even know existed, the basis for a mega-selling, critically acclaimed movie starring one of the country’s hottest and best actors – what has happened to American Sniper is something authors don’t even dream about. Since its publication in January 2012, Sniper has become an international phenomenon, cresting plateau after plateau. And while I for one give all the credit to Chris Kyle, whose life and voice it celebrates, I would be less than honest if I said that I didn’t relish its success.

And yet, for all the best-seller lists, the media attention, the fancy parties and celebratory bourbon, no honor can compare to what I feel when I see the book on a library shelf. There is something both flattering and deeply humbling in that moment, rivaled only by catching a glimpse of a patron in a nearby chair reading it. It says that your work is important to the larger community, something worth a person’s time, either as entertainment, education, or a bit of both.

And it comes from an institution that changed my life. As a child of a blue collar family, it was the library where I found the habit – and joy - of reading, almost by osmosis. Many of my interests today can be traced to the crowded stacks I wandered through on Saturday afternoons (ducking confession at St. Mary’s church, but that’s another story). I still remember the look on the town librarian’s face when I went to check out Operation Barbarossa, at the time a recently acquired volume detailing Germany’s invasion of Russia in World War II: She peered down at me from behind the circulation desk, frowned and said something along the lines of “Really?”

I think she was referring to my age – I must have been in sixth grade – but in the end I got the book and read it, and have been hooked on history ever since. Today, I still find ideas and sparks roaming the stacks; it’s like a vacation in an unfamiliar city, or a return to a place only vaguely remembered. Each book is potentially a new adventure, a new way of looking at the world, a new kick in the rear to get you working.

Libraries have played a role in practically every book I’ve ever written, and Sniper was no exception. When I had to understand the course of particular battles in the war and put Chris’s ground-eye view into perspective, I turned to my local library for help. The miracle of inter-library loan brought a flood of information, allowing me to reach far beyond its walls. Not only books but archives opened for me, as they did many times in the past, and since. And this was not because I was a “famous” author; rather, I wielded something far more powerful than my reputation: a library card.

Actually, in my case it is a small piece of plastic with a bar code on a keychain, but its power is overwhelming. It has taken me to some of the best libraries in the world, as well as some of the smallest and dustiest. Each time it has unlocked stashes of data and a treasure trove of surprises. As valuable as the Internet and search engines are, they retrieve the known; libraries bring the mysteries that make the known worth knowing.

Libraries have come very far since I first started wandering through their stacks. While they have always been more than just a repository of books, today they play a critical role as centers of our communities, hosting activities for everyone from toddlers to octogenarians. My own small-town library is model of this, having been recently named as the best community library in America – thanks in no small part to the energy and devotion of its director, staff, and board of trustees. Its collection is, as libraries go, may be relatively small, but it is incredibly diverse, including a wide variety of media, and backed by holdings in libraries across the regional system and beyond. Its programs for children, for adults, for teenagers, are even more expansive. It’s no mystery why the parking lot is always full – and why there’s a long list of readers waiting for one of their copies of American Sniper as well as many other books.

Given our times, I’m sure there are a variety of metrics to measure the value of individual libraries and their effectiveness in general. I’m not really a numbers guy, but for my money, the measure of a library’s worth comes in the sublime excitement of a new idea, in the recognition that someone else’s experience can inspire your own. It comes in the smiles of children at story hour, in the knitted brow of a non-English speaker trying to keep up with his literacy tutor, and in the encouraging look from the librarian when a boy or girl checks out an unexpected book. You can’t put those things into numbers, but you can feel their heat.

Thank you for putting American Sniper on your shelves; thank you for encouraging people to read it. More importantly, thank you for being such a vital part of my community, and of communities throughout the country, from New York to Texas, from Florida to Washington state. I know I speak for everyone who comes through your doors and electronic portals, when I say that we appreciate what you do for us more than you know.

This came in handy while working on Puppetmaster, the new series out later this summer.

Here's background on Statcast, MLB's revolutionary info gatherer.
Posted by jd at Tuesday, April 05, 2016 No comments: Links to this post

I'm not a stat head by any means, but there's no denying that sabermetrics has enriched baseball over the past several decades.

Fivethirtyeight published a good overview of the way the science of baseball is continuing to change; the implications go far beyond the sport.

Here's an excerpt; if you're interested in baseball, or even human performance metrics or science, check out the entire article:

What many of these new data sources have in common is an emphasis on process. Outcomes — strikes, walks, home runs and so forth — are already well-tracked and have been scrutinized by sabermetricians for decades. But the new generation of data will allow analysts to understand how those outcomes are generated, perhaps even down to the level of a player’s brain activity. Some of this process-oriented data challenges cherished analytics theories like DIPS; some of it confirms the utility of sabermetric dogma like shifting. And some of it will probably advance our understanding of baseball in ways we can’t yet predict.

Today, the world is perfect - every baseball team is undefeated; every team is in first place.

My favorite April Fools video... or is it a joke???