skip to main | skip to sidebar
Posted by jd at Sunday, June 30, 2013 No comments: Links to this post


The Army's reduction of 80,000 soldiers, announced in 2012 as part of a budget deal between the White House and Congress, will occur over the next four years, Gen. Raymond Odierno, the Army's chief of staff, told reporters. The Pentagon's share of the cut was $487 billion.
If the automatic cuts known as sequestration continue, the reductions in Army forces will be much deeper, Odierno said, forcing the Army to shed as many as 100,000 additional soldiers.
If that happens, the reductions announced Tuesday would represent "only the first step," Odierno said.
Story.

This is actually a huge story, with foreign policy, weapons, and technology implications that will extend well into the next decade. I don't pretend to know what the right force level is, but it's clear that tomorrow's Army will be a lot different than today's. 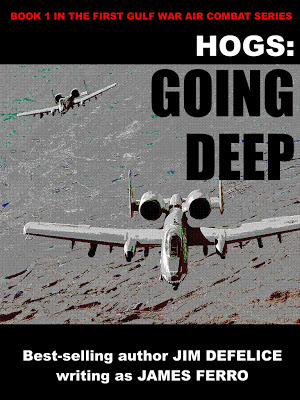 Books 1 & 2 in the Hogs series are now on-line and available for the Nook at BarnesandNoble.com

Click here to read a preview or buy Hogs 1: Going Deep
Posted by jd at Monday, June 24, 2013 No comments: Links to this post

. . . possibly the most remarkable air story ever, and a tribute to one of the greatest pilots and greatest planes of the era, if not all time.


. . . or to stand under an atomic bomb when it explodes.

(The bomb was "only" 2 megatons, relatively small, and exploded around 18,500 feet, not 10,000 as the clip says. They weren't in a position to get much if any fallout, luckily for them. More info here.)

Bestselling author Kyle (American Sniper) was putting the final touches on this discerning study of 10 firearms—completed by his widow and Doyle—that changed the course of warfare when he was killed at a gun range. Coupled with his goal of "talk[ing] history with the bullets flying," Kyle's picks—surefire debate fodder for gun enthusiasts—make for immersive reading as he recounts key battles during the Civil War, Spanish-American War, and WWII. Kyle's enthusiasm for his subject is infectious—even for professed doves—and his gift for narrative lends the stories the tension and drama they deserve. He brings to life the infamous shootout at the O.K. Corral and the Battle of Cowpens during the American Revolution, recounting close calls, colossal errors, and the weapons that gave one side a key advantage over another. Thanks to his experiences as a Navy SEAL, Kyle is intimately familiar with the construction, key features, and upkeep of all the featured weapons, which adds to his credibility and enables him to tell his stories in greater depth. Regardless of one's views on guns, readers will gain a deeper respect for weaponry and the people tasked with using them. (June)


Would it be catty to point out that most of what they like is stuff I did - without being credited here? 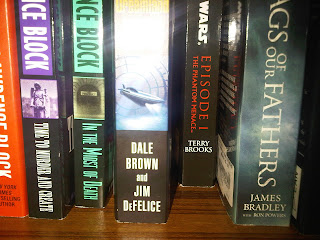 Even in China, Dreamland is a hit.
Posted by jd at Friday, June 14, 2013 No comments: Links to this post

Should writers be paid when you borrow a book . . .

It's a question being considered not just in America but in Great Britain and elsewhere, as this statement from Philip Pullman in England attests:

"New media and new forms of buying and lending are all very interesting, for all kinds of reasons, but one principle remains unchanged: authors must be paid fairly for their work," said Pullman. "Any arrangement that doesn't acknowledge that principle is a bad one, and needs to be changed. That is our whole argument."


Article in the Guardian.

I'm not really sure what the answer is. I certainly support libraries, which have helped me immensely. On the other hand, it's getting harder and harder for authors of all stripes to make a living, and without them, we'll have nothing to borrow from the library. With interests on both sides of the equation, so to speak, I'm not sure what the ultimate solution is.

The creation of the National Security Agency was still three years away when George Orwell's "Nineteen Eighty-Four" was published in 1949.

But that hasn't stopped consumers from snapping up copies of the dystopian novel after learning of electronic surveillance programs conducted by the agency.

Next: Genetic engineering of food chain leads to increased sales of Animal Farm.


Shot down during the Battle of Britain, the German bomber was dredged out of the English Channel:

(These are with the Finish air force on the Eastern Front; by this point the Germans considered them obsolete, with good reason. Check out the biplane just after the bombing run.)


Or at least that's what the polls say. From the Washington Post:

Overall, 56 percent of all Americans see the NSA’s accessing telephone call records of millions of Americans through secret court orders as “acceptable;” 41 percent call the practice “unacceptable.” In 2006, when news broke of the NSA’s monitoring telephone and e-mail communications without court approval, there was initially a closer 51 percent to 47 percent divide on the practice.

General priorities also are similar to 2006: 62 percent of Americans now say it’s more important for the federal government to investigate terrorist threats, even if those investigations intrude on personal privacy; 34 percent say privacy should be the focus, regardless of the effect on such investigations.

Of course, that begs the question of how secure the lack of privacy makes you . . .

It's billed as a possible Post-Traumatic Stress drug, but the real impact may be even more profound.

When injected into mice immediately following a traumatic event, the experimental agent SR-8993, which targets the opioid-receptor-like 1 (Oprl-1) gene, prevented the development of fear memory consolidation and anxiety.

Story at Medscape.
Posted by jd at Friday, June 07, 2013 No comments: Links to this post

NEW YORK — Former employees of the National Security Agency say the publishing of a court order asking Verizon to hand over all its phone calling records for a three-month period opens a new window on an operation that has been in place for years and involves all major U.S. phone companies.

"NSA has been doing all this stuff all along, and it's been all these companies, not just one" William Binney told news program Democracy Now on Thursday. "They're just continuing the collection of this data on all U.S. citizens."

Binney, who worked at the NSA for almost 40 years, left the agency after the attacks of 9/11 because he objected to the expansion of its surveillance of U.S. citizens.

What it's like on the ground when an A-10 fires: the bullets hit first, the frenetic sewing machine sound comes a beat or two later.

The guys on the ground here are VERY relaxed, even when a sniper starts firing at them (and missing, obviously). I'm not sure how much credit the Hog gets for that, but its presence certainly didn't hurt.

The first four books of my A-10 series, Hogs, are available for Kindle; Book 1, GOING DEEP, is here. Nook versions are coming soon.


A reporter who hadn't had a chance to read American Gun (but had to write a story about it) was asking me the other day if it was a polemic in favor of the Second Amendment.

Certainly Chris (and myself, for that matter) was a strong believer in the Second Amendment and the Right to Bear Arms. He made plenty of statements to that effect. But that's not the point of the book.

What Chris wanted to do - and what I hope we all achieved in working on it after his death - was to talk about American HISTORY. He picked ten guns to do it.

History, especially the Wild West and the Civil War, was one of his favorite things to talk about. Many bs sessions in between breaks on American Sniper and later on were spent dissecting the tales of the Texas Rangers and some of the battles of the Civil War. He wasn't an historian, but he loved hearing and telling tales of the past.

He also loved guns, and his idea in American Gun was to combine those two things.

Can the history of the U.S. be told through the guns that its people used?

Absolutely. If you look at the weapons, they reflect perfectly the people who used them and the times they were used in. Whether it's the rugged, hand-crafted individualistic long rifle, or the made-from-high-tech materials AR-15 and Glock*, the weapons are a window on what was going on in the country. But don't take my word for it - check the book out and decide for yourself.

* A weapon Chris never particularly liked, though he admitted it was a solid performer. The romantic in him much preferred the 1911 Colt or, even better, the revolvers of old.


Both of these guys are in the book.

I'd never heard Dillinger's name pronounced this way until I saw the old film clip.
Posted by jd at Sunday, June 02, 2013 No comments: Links to this post

Did the Tommy gun "redeem' itself?


While we were working on American Gun, we had something of a debate over some of the phrasing in the section regarding the Tommy Gun. Not to get too arcane, but the question can be (over-simplified) as:

Did the Tommy Gun "redeem" itself in World War II?

I think the answer clearly is no. It didn't redeem itself, because it had nothing to redeem. Yes, it had been used by gangsters during Prohibition, but that didn't make the gun evil. The Mausers in the Spanish-American War* weren't evil either, even if they were used to kill American soldiers. The same can be said for every rifle, pistol and machine gun int he book.

No weapon is evil. It's the people using it. Or, in some cases, not using it.

The Thompson sub-machine gun, in all its various incarnations, was an excellent tool, certainly one of the best weapons of its kind of its time. But it was neither righteous nor evil; it was simply a gun. 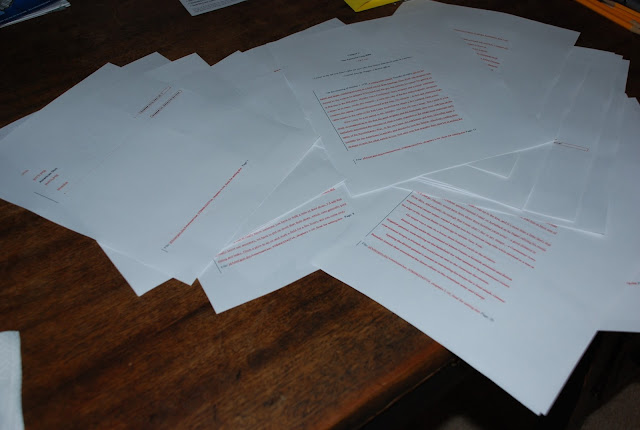