The Times is hardly the only or worst offender. Hamas wants to kill Israelis. Why is Israel supposed to stand by and do nothing?

Do the Koreans care?
Another view on what's going on in Korea . . .

This lack of indignation is mainstream here. Most people now accept North Korea’s responsibility for the sinking that killed Mr. Mun and 45 other sailors. A small but sizable minority suspect an elaborate government conspiracy of some sort. What almost all seem to share is the desire that South Korea put this unfortunate business behind it as soon as possible.

A little late on this, but definitely worth checking out if you're in the area. (Heads-up courtesy of some friends and readers.)
Posted by jd at Wednesday, May 26, 2010 No comments: Links to this post

Installment #347 in the series, How Writers Work -or- sometimes you're better off not knowing, dontcha think?
Posted by jd at Wednesday, May 26, 2010 No comments: Links to this post

North Korea to cut ties with South
May 25) -- North Korea, blamed for the deadly sinking of a South Korean warship, said today it will cut all ties to the South and expel South Koreans working north of the border in a further escalation of tensions on the Korean Peninsula, according to reports.
The official Korean Central News Agency said late today that the North's actions were punishment for what it called a "smear campaign" over the sinking, The Associated Press reported.

Someday - sooner rather than later - someone is going to have to call North Korea's bluff.
Posted by jd at Tuesday, May 25, 2010 No comments: Links to this post 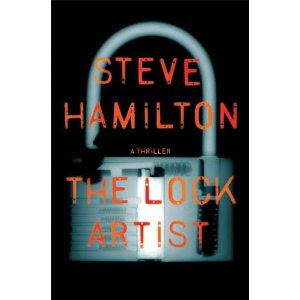 Speaking of book conferences . . . for some reason Steve Hamilton's book cover didn't come through on the post the other day. So here it is.

And here's a link to his site. Good book, good site. Check them out.
Posted by jd at Friday, May 21, 2010 No comments: Links to this post

Why do you write?

a) For the money.

All projects - from video game concepts to biographies of major World War II generals - combine both a & b in some manner. But the funny thing is, sometimes I take a project thinking the reason is more a than b, only to find b predominates.

Sitting on a book panel talking about writing is always an odd experience. The truth is, I don't often talk about writing, even (maybe especially) with other writers. So I tend to talk in circles and not really answer questions.*

So to answer some of the questions I was asked the other day and circumlocuted my way out of . . .

Where do you get your ideas?

This is probably the most common question I'm asked. The truthful answer is that I don't really know; ideas seem pretty much to happen. For me, ideas are "cheap" - being able to do something with them is where all the work is involved.

To torture an old metaphor, the key thing is doing something after the initial seed to encourage the idea to grow. For me that involves questions and a conscious attempt to extend the initial idea.

I seem to get into certain modes where everything provokes a story or a part of one - I'm riding on a train into New York and see someone running, and all of a sudden that's the start of a novel . . . then comes the more interesting part, extending the idea, generally with questions: Why is he running, where is going, etc. Sometimes the answers pop right out as well. The genre or type of story limits the answers, I guess - if it's a spy story or a thriller, you're going to have a different set of answers.

Or I'm reading a story about how much cargo is going through the Chunnel, and I wonder - what would happen if that was blown up. How would it be blown up? Who would do it? Why? Where . . .

Ideas often grow out of things you've done in the past. For me, people and places are fairly important in the elaboration of a book. A lot of my characters are based on someone I know or knew, taken to a slight (or maybe not so slight) extreme. Tommy Karr in Deep Black was a big bear of a guy who I swear would laugh falling down the Grand Canyon. As you're writing the story, the original concept of the person changes for a number of reasons, plot being one of them; interactions with other characters being another. But the main seed of the character - or the main idea of him - usually remains the same. Tommy is always that big, blond goofy guy I met years ago, even as he's morphed into someone different.

Places add a lot of ideas, too. Sometimes you look at a particular place and say, what would happen if that blew up? When I was working on the Chunnel plot in the Deep Black books (Dark Zone), I went to France and England to check out the security and physical places connected with the main plot. (I had to fictionalize the security because the real security was too easy to get around, but that's another story.) While I was there, the Eiffel Tower subplot occurred to me, just by looking at the Tower one day. It started as a general idea, then bits and pieces of it came together as I went up the Tower and started asking questions. There are (or were at the time) some mannequins showing how it is painted; seeing them helped me visualize the ending portions of that part of the plot.

Finally, some ideas come back at you while you're working. There's a scene in that book between Charlie and Lia in the elevator that is word for word and thought for thought something that happened between myself and my wife while we were there. Obviously I didn't go there with that little bit of research involved, and at the time recording it was the last thing I had in mind. It came back to me, though, while I was writing that part of the book.

Why? Probably because I needed the same emotion in the story, but maybe just because the setting provoked it. There is a bit of mystery involved, after all. 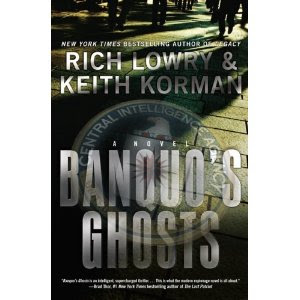 Great time in Millbrook over the weekend - meeting old friends, making new ones...

I was lucky enough to sit in on a panel with Keith Korman and Steve Hamilton in the afternoon as a nice little group of people tolerated our foolishness.

Check out Keith and Steve's latest books above. I cracked open The Lock Artist when I got home and can't put it down . . .
Posted by jd at Monday, May 17, 2010 No comments: Links to this post

Master of his own domain?

There's this lunch thing at the Millbrook book fest. (Details here.) See you there.
Posted by jd at Tuesday, May 11, 2010 No comments: Links to this post 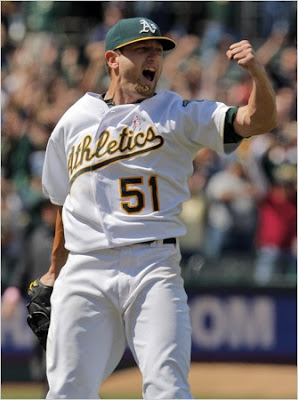 So, was it Mother's Day, or his trumped up bs with A-Rod that pumped Dallas Braden to the point that he could throw a perfect game Sunday?

Either way, you gotta love baseball. That's why for all the statistics and analysis, the game remains a human mystery.

ESPN accounts here.
Posted by jd at Monday, May 10, 2010 No comments: Links to this post

So sacrilegious and inappropriate . . . yet somehow so addictive.
Posted by jd at Monday, May 10, 2010 No comments: Links to this post Lockheed Martin, Kaman convert a manned to an unmanned helicopter; the single-seat heavy-lift helicopter will deliver sling loads up to 6,000 lb at sea level and 4,300 lb at 15,000 ft

Full story here. Just remember, you read it in Dreamland a couple of years back.
Posted by jd at Friday, May 07, 2010 No comments: Links to this post

FW: Is your skills about to expired?

Nominated for an MBA

GET YOUR DIPLOMA TODAY!

If you are looking for a fast and effective way to get a diploma,(non accredited) this is the best way out for you.

Call us right now on:

You don't know how tempted I am to call . . . from someone else's phone number, of course.
Posted by jd at Thursday, May 06, 2010 No comments: Links to this post

The Russians know how to do it 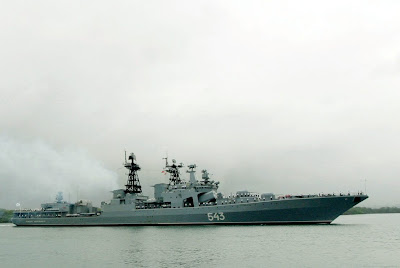 The Russian navy freed a tanker off the Somali coast yesterday. The destroyer Marshal Shaposhnikov (above) and her crew took the ship back by force.

An inordinate amount of ransom money has been spent over the past few years. If we're serious about piracy, we have to do two things: a) Outlaw any payments, b) attack the pirates where they live.

And maybe c) summarily sink any skiff in international waters.

The Russian destroyer's a pretty ship, by the way. Capable of dealing with more than just pirates.
Posted by jd at Thursday, May 06, 2010 No comments: Links to this post

[A story in Reuters on the alleged Times Square bomber] called him “educated and well-heeled.” That fact is stated as if it is something of a surprise that this young professional, a full-fledged citizen of Western society, might have attempted a terrorist attack. But haven’t educated sons of privilege been behind almost every recent terror attack on the West?

One of the most persistent stereotypes of Islamic mass murderers is that they've been raised in poverty and politically oppressed. But even the most casual reading of the profiles of most who have attacked or tried to attack the U.S. show that's not the case. This is just one more example of our (or more accurately, the media's) profound ignorance about the people who are trying to kill us. The main actors have consistently been young men in a narrow demographic that Westerners would call middle class - and that many Arabs and other Muslims would call well off.

Psychoanalyzing the movement and the psychopaths it breeds tends to sound like an apology for the individuals, but can we at least dispense with the most obvious myths?
Posted by jd at Wednesday, May 05, 2010 No comments: Links to this post

Finally sighted Cousin Brew-ski* at Yankee Stadium last night over in section 208. We'd been concerned that the long-time vendor had gotten lost in the transition from the old to the new.

He was in fine form.

"When I started working here beer was 65 cents and I couldn't drink it," said Brew-ski, starting his harangue. "I've been here forever and I'm only Vendor Number 22. Number 1 is 85 years old and started working here when Babe Ruth played. He's survived a stroke, heart attack and a gunshot from Number 2. Nobody leaves this job. Two IDs, please. No IDs, no beer. I don't care if you're older than Number 1."


Some old friends are hosting a book festival in one of my favorite small towns, Millbrook, N.Y., May 15.

The festival is a good excuse to visit a really beautiful part of the Hudson Valley. Basically, the entire town becomes the center of the book world for a day. Writers, local and otherwise, mix with readers and take over the place for seven or eight hours. There'll be readings, signings, music, food and, rumor has it, beer somewhere . . . And at some point Jane Bryant Quinn will straighten out everybody's finances.

I'll be at the library around 2:30 for a panel discussion. Say hi if you're in town.