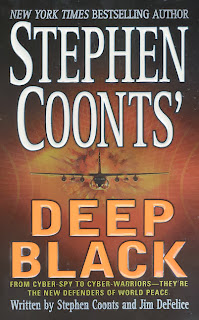 I have to say that I've been both baffled and amused by the "revelations" regarding NSA spying. What exactly did people think spy agencies did, anyway?

The latest "sandal" - the "revelation" that the U.S. spied on our "allies" is pretty precious. I'm sure the Germans, et al, are shocked, simply shocked, to find that out. though I can't imagine Merkel has much that's interesting to listen to.

Anyone reading the Deep Black series - which is a few years old now - would have been prepared. But it's all fiction, right?

But here's a question no one seems to be asked: given the NSA's obvious skill with computers, why weren't they tasked with designing the Obamacare website?

Posted by jd at Thursday, October 31, 2013 No comments: Links to this post


One of the great things about working on the Memorial edition of American Sniper was getting to talk to a wide range of people who were friends of Chris. It was amazing to me how many people had so many good things to say about him. In fact, if I hadn't known him myself, I wouldn't have believed half. But I think if anything, he was probably twice as nice and twice as generous as people even remember.

It was an honor helping to get these memories into print. I, and I'm sure everyone involved, are grateful for the support readers have shown, not just to Chris and his memory, but to all veterans.

The Memorial edition of American Sniper appears at 17 on the NY Times best-seller list next week. Given that the book has now been out for nearly two years, it's an incredible achievement, due solely to Chris and his many, many supporters, readers and friends.

Posted by jd at Thursday, October 24, 2013 No comments: Links to this post 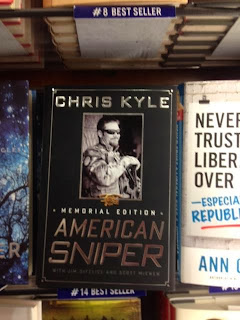 Thank you.
Posted by jd at Saturday, October 19, 2013 No comments: Links to this post


Cigars from the birds

Now this is what I call art.
Posted by jd at Thursday, October 17, 2013 No comments: Links to this post 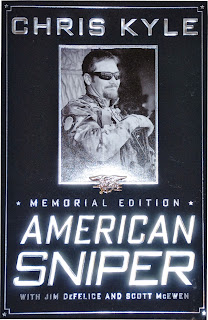 The Memorial edition of American Sniper, which includes memories of Chris from a wise array of friends, neighbors, and acquaintances.

For some more about it and links to purchase, check my website here or here.
Posted by jd at Wednesday, October 16, 2013 No comments: Links to this post

. . .  and a heartwarming book by a friend of mine - if you watch the video closely, you'll see he plays keyboards as well as types on them.


From USNI News - this is Larry speaking:

The most correct thing you can say about the relationship between Hunt for Red October and “Harpoon” is that “Harpoon” was one of the many data sources that Clancy used when he was writing the book.

One way to tell “Harpoon” was one of [Clancy’s] sources is in the knife fight at the very end of the book where the Alfa-class is dogfighting with Red October. The Alfa fired a “Type-F” torpedo, which is what I called the Russian wire-guided torpedo in my [“Harpoon”] rules. When I wrote the first draft there was almost nothing in the unclassified realm regarding torpedo designations for the Russians. In fact I didn’t want to use the classified stuff—that was amazingly complicated.

I came up with Type A through Type F. When you see a bad guy fire a Type F torpedo [in the book]—that’s Tom using “Harpoon.”


For the research, nuggets were preserved, dissected and stained before they were examined under a microscope.
Nugget number one was about 50 percent muscle tissue such as from the breast or thigh, which is what most people think of when they think of chicken meat. The rest of it was made from fat, blood vessels and nerves, specifically the cells that line the skin and internal organs of the chicken.
Nugget number two was 40 percent muscle. The rest was fat, cartilage and bone.

Early interview in Publishers Weekly.
Posted by jd at Friday, October 04, 2013 No comments: Links to this post 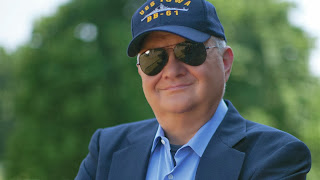 Some good pieces on Clancy and his impact here:

I think some of the comments by readers and fans are especially touching.


Tom Clancy played an important role in my early career, both directly and indirectly. It’s pretty much an open secret that I worked on a few projects for him. More importantly for me personally, it was through this association that I ended up making a lot of good friends, some of whom I'm still close with today. My early association led directly to Dreamland and other series that followed.

I would add one thing to what’s been written: Clancy made reading and patriotism cool again. That’s something I don’t think you can underestimate.

Tom Clancy, author of ‘Hunt for Red October’ and ‘Patriot Games,’ dead at 66