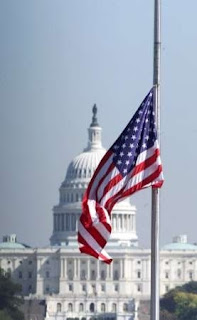 
Very sorry to hear of the death of pilot Bill Gordon in a tragic crash of a Thunderbolt on the Hudson the other day.

Here are some stories that tell a little bit about who he was:


Someone in the bowels of the bureaucracy loses some paper (not like that’s ever happened before) and someone else on an obscure website wants to get some attention…. So I end up spending the day trying to be ultra-logical, ridiculously polite, and absurdly fair in a world of shouters and cranks run amok.

Believe what you want to believe, but we printed the truth, and no amount of hate or other bs can diminish Chris’s achievements or character.


When we published American Sniper, we relied on a variety of documents and other people’s memories as well as Chris’s.

The mention in the book of Chris’s awards, specifically two silver stars and five bronze stars with valor, is based on Chris’s memory and his DD214, the official, legal, and accepted document of his military service prepared from the Navy’s own records. I have a copy of the original document; it agrees with the one the Navy has made available and is public.

At some point soon after the book was published, a reporter pointed out that there appeared to be a discrepancy between the military’s centralized awards records and Chris’s personnel records regarding the number of medals he had been awarded. This was the first I heard of it. Neither Chris nor I could determine why there was a discrepancy. At this point, I don’t recall any specifics, whether there were any classified actions, record-keeping procedures, or anything else involved as a possible explanation. So much else happened in that time period and since that quite candidly I’d forgotten all about it until the recent report.

Had the discrepancy been pointed out to me prior to publication, I certainly would have mentioned it in the book. I’m sure Chris – who honestly could have cared less about the medals, as opposed to the lives they represented – would have agreed.

I have not seen the Navy’s medal records and don’t know how they are collected, so I can’t speak to any aspect regarding them. I do know that falsifying the DD214 would be an extremely serious matter, would have involved someone other than Chris, and would have been frankly pointless – I’m not sure anyone would really care how many medals of what variety someone was awarded beyond the first. While he was proud of his military service, Chris did not consider his personal medal count historical or even particularly noteworthy, especially for a Navy SEAL involved in the volume of action he saw. He never bragged about the medals in my presence, or even brought it up.

In any event, I can honestly say that Chris certainly believed what we put in the book matched his memory as well the documents. His word would carry more weight with me than any piece of paper, whether it exists or not.

[Long, convoluted and wandering prologue, which has nothing to do with reality or anything that follows, but for reasons unknown takes us to the following non sequitur...]
Doc: You know, Lyme disease is related to syphilis.

Me: This is why I don't go out drinking with guys who are doctors.
Posted by jd at Friday, May 20, 2016 No comments: Links to this post

“Two months after Osama bin Laden was killed, the CIA’s top operative in Pakistan was pulled out of the country in an abrupt move vaguely attributed to health concerns and his strained relationship with Islamabad. In reality, the CIA station chief was so violently ill that he was often doubled over in pain, current and former U.S. officials said. Trips out of the country for treatment proved futile. And the cause of his ailment was so mysterious, the officials said, that both he and the agency began to suspect that he had been poisoned.

Politco summary of story.
Posted by jd at Saturday, May 07, 2016 No comments: Links to this post