So far China has built port facilities, military buildings and an airstrip on the islands. The installations bolster China’s foothold in the Spratly Islands, a disputed scattering of reefs and islands in the South China Sea more than 500 miles from the Chinese mainland.


the story has excellent satellite pictures, not to mention a map showing how outrageously far from the Chinese mainland - or any land - the islands are. The article is the best mainstream media show-and-tell on the issue I've seen. It's here.

The Doctor is different

A p.s. to yesterday's note on Watchman and Harper Lee:

Another beloved author had an old, unpublished book brought to the market this month: Dr. Seuss.

Random House has just brought out What Pet Should I Get?, which apparently was written in the late 1950s or early 1960s but never published. No outrage has greeted this work. On the contrary, even the NY Times, which has been generally critical of the Watchman publication, gave it what amounts to a rave over the weekend. (Review and some speculation on the book's back story, here.)


As a writer, it’s been interesting to watch the controversy over the publication of Go Set a Watchman, the novel Harper Lee wrote and then substantially rewrote as To Kill A Mockingbird. Most notable have been the many cries of outrage that the novel not be published, lest it somehow tarnish Ms. Lee’s reputation, or that of Mockingbird’s.

I don’t quite understand the reasoning of the latter – books stand on their own merit, no matter what else the writer has done or even the sources that they come from. But the idea that other work might debase a writer’s reputation is intriguing. It seems to come from a very Romantic (cap intended) notion of author as artiste, the same idea that would lead a poet of Coolidge’s era to burn all but a few select poems.

I suppose none of us want to be known for what we produce on our bad days. On the other hand, neither we nor our contemporaries are necessarily in the best position to judge what posterity will think of any of our work.

A subset of reactions give ample due to the editor who worked with her on Mockingbird. But few of them – I’m sure there must be a few, though I haven’t seen any – acknowledge that at least some of the editor’s suggestions might have been questionable, or at least more in line with her own perceptions than that of the author. Mockingbird is not only far more polished than Watchman; it is also considerably more palatable to the era’s book buying public. That’s a product of many choices, but most especially the decision to use a very young heroine as the narrator and to make her father Atticus Finch into a very, very uncomplicated hero. You have to wonder what a different editor in a different time might advised.

I’d guess that a more polished version of Watchman wouldn’t have been nearly so well received at the time. But now?

I will say one thing: it’s great to see an author and a book generate so much interest and veneration. Maybe books and literacy aren’t dead yet.

Just got this in: 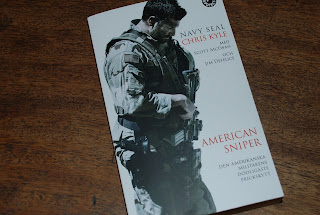 American Sniper has now been translated into more languages than I knew existed.

Just kidding. Glad to see the book is still intriguing readers around the world. (I think it's now available in roughly thirty languages.) And the movie edition is still on the best-seller charts here.

Just to prove exactly how tangled the Middle East knots are, Turkey today bombed ISIS's most effective enemy - a day after effectively upping its own campaign against ISIS.

That would be the Kurds, btw.

Is this any way to run a war? Only if you're the Turkish leader, apparently.

The Turks don't want their own Kurds to break away from their southeastern border area. But they have much bigger problems, both internally and with ISIS.


A few weeks ago, a report circulated detailing one pilot's impression that the F-35 is a lousy close-in dog fighter. One of the websites that quoted from that report, War is Boring, just published a retraction "further thoughts" article.

Basically, the author uses a computer simulation to defeat four advanced Russian fighters at long range - which actually is what the F-35 is designed to do (as opposed to getting into a dogfight where cannons would be used).

Story is here. I'm not a big F-35 booster, but this is much more even-handed than much of the earlier reporting.

With deep sorrow, my family and I join everyone in mourning the loss of the Marines in Tennessee.

We pray that the families and friends find comfort, and that justice is swift to anyone who assisted this cowardly act. 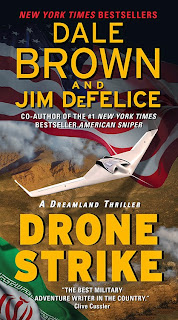 (Because you just know they'll cheat.)
Posted by jd at Tuesday, July 14, 2015 No comments: Links to this post