Is a lot too much?

Stephen King on writing a lot:

THERE are many unspoken postulates in literary criticism, one being that the more one writes, the less remarkable one’s work is apt to be.

One point he doesn't make - some writers are prolific because they need the money. (Writers, especially novelists, don't make as much as you think.)

Great piece on an RC-135 Rivert Joint fire this past spring. But the real scandal is the age of the plane - 55 years.

Maybe time for a complete upgrade, no?


The stench of stale urine lingered in the air as 27 airmen from Offutt Air Force Base’s 55th Wing climbed aboard the RC-135V Rivet Joint jet late in the afternoon of April 30, 2015.
Most of the crew sat at consoles in the rear of the aircraft — call sign “Snoop 71” — trying to ignore the odor.
Soon they would have bigger problems than a broken toilet.
As the plane began to accelerate down the runway, flames erupted like a blowtorch near the ceiling in the aft galley. Excited shouts of “Fire! Fire!” filled the crew’s headsets.

Great job by the pilot and air crew. Rivet Joints are RC-135s - military versions of the Boeing 707 - used for signal and electronic intelligence.

Posted by jd at Wednesday, August 26, 2015 No comments: Links to this post

... and some of the problems they face. 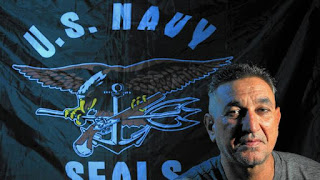 My friend Johnny is included in this story from the LA Times.
Posted by jd at Monday, August 24, 2015 No comments: Links to this post

Had a great one - thanks everyone.

. . .  at least that was the excuse in 2012, according to Ehud Barak, when asked why Israel didn't attack Iran's nuclear program.

That's an excuse I wouldn't even try on my dentist when he asks why I haven't stopped by in a year.

There were different excuses, supposedly, in 2010 and 2011. The real reason seems to be the defense ministry's assessment that an attack would not be successful. But that begs the question - if the prime minister really wanted to launch an attack, why weren't real steps taken in 2010 to add that capability?

Thoth Technology Inc. has been granted both US and UK patents for a space elevator designed to take astronauts up into the stratosphere, so they can then be propelled into space.
The company said the tower, named the ThothX Tower, will be an inflatable, freestanding structure complete with an electrical elevator and will reach 20km (12.5 miles) above the Earth.

An early CIA film detailing the U2.

Iraqis can only hope.

BAGHDAD — Iraq’s former prime minister may face criminal charges for his role in the fall of Mosul to Islamic State militants last summer after an investigation named him among officials responsible.

Article.
Posted by jd at Sunday, August 16, 2015 No comments: Links to this post

What I'm working on 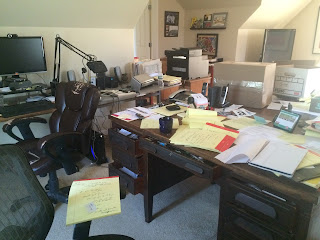 The next book (or maybe it's the next-next one) is in there somewhere.
Posted by jd at Monday, August 03, 2015 No comments: Links to this post