The Japanese Defense Force unveiled its new 5th Generation fighter (aka 'Stealth Fighter') the other day. The implications for China are obvious, but imagine Japan competing with the U.S., Europe, and Russia for fighter contracts (and more?) in the next decade . . . 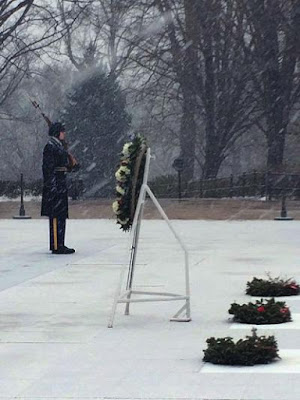 Posted by jd at Saturday, January 23, 2016 No comments: Links to this post

Posted by jd at Saturday, January 16, 2016 No comments: Links to this post

The Saudi-Iran yin and yang

Saudi Arabia hates Iran more than it hates ISIS. The conventional wisdom is that ISIS is a radical Sunni group that is being funded by Sunnis in the gulf and opposed by Iran. But Iran is the arsonist and the fire brigade. Iran’s support for Assad and the [Nouri al-]Maliki government in Iraq led to many Sunnis supporting ISIS. It will have to be Sunnis who put out the ISIS fire.


Karim Sadjadpour, in an interview with Slate magazine, available here. Among other things, he highlights the interplay of sectarian and geo-political conflicts in the Middle East.
Posted by jd at Thursday, January 07, 2016 No comments: Links to this post