VR – Virtual Reality – is having its “moment” right now, thanks to the various launches of new hardware like Oculus Rift and similar systems. The attention is well-deserved – VR experiences, even at this early stage in its development, are mind-blowing.

Over the past year, I've been privileged to be given the opportunity to preview a number of the systems, and while I agree with what many critics say about the hardware not yet being perfected, the big breakthrough that will take VR mainstream (and beyond) will come in software.

By software, I’m not talking about the coding, though obviously that’s evolving. We don’t really know what the VR experience can be. It’s an art form whose artists haven’t yet arrived. Think movies around the time of Edison and the Great Train Robbery. Think Pong in the game world. The dreamers are still learning to dream.

What’s available now, and what will be available over the next year or so, will be mostly “ports” – in some cases literally – from two-dimensional media, be it games, video, or news stories (the NY Times began experimenting with the form late last year). Most of these are very cool, but they’re not really using the medium yet. Technical limitations aside, playing a first-person shooter is still basically the same as playing it on a screen.

I’m very excited about the medium; it has vast potential. But I expect that in the near term the common reaction will be one akin to a let-down as the hype wears off. The cost of gear will go down, the technology will vastly improve, and then suddenly the first great VR experience will come out of left field as some Matisse or maybe Edison manages to think about the possibilities in a way no one else saw coming.


We're publishing a new paperback edition in April. Here's an advance look at the cover art: 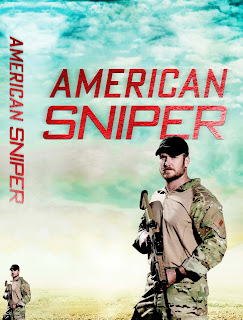 Addendum - On the attacks in Belgium:


At times like this, I think of a quote from Code Name: Johnny Walker, at the point when Johnny decided he must become an American:

I didn’t always think this way. Maybe like most people – I hope most people think this way – I thought at one time that the world was basically good. I believed, and still believe, that we can all live together in peace, and by working together make our communities and the world a better place. I believe, I know, that it is better to make and to build than to tear down and destroy.

I thought all people around me believed that too.

Little by little, I saw this wasn’t true. Destroying is so much easier than building.

Like Johnny, we must persevere.
Posted by jd at Tuesday, March 22, 2016 No comments: Links to this post


Beyond offering sympathy and condolences, it’s difficult to comment on the Brussels attack without seeming unduly harsh and/or inappropriate.

We’ve seen this, and we’ll see it again. This is a long-term fight that must be waged with great vigor and unceasing energy and, yes, violence.

It’s also a fight that is beyond petty politics – a statement that is both obvious and naïve at the same time.

Like all good men and women across the world, I stand today with the citizens of Brussels and Belgium.


I'm very honored to be part of this program.

You may remember this: 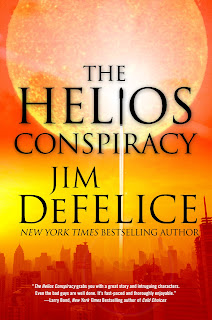 Now there is this:

After an extensive inquiry, American investigators concluded that the attack in Ukraine on Dec. 23 may well have been the first power blackout triggered by a cyberattack — a circumstance many have long predicted. Working remotely, the attackers conducted “extensive reconnaissance” of the power system’s networks, stole the credentials of system operators and learned how to switch off the breakers, plunging more than 225,000 Ukrainians into darkness.