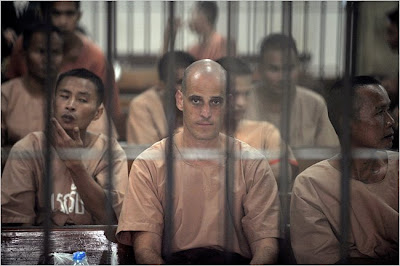 The Thai government Monday sentenced an Australian novelist to three in jail for "insulting" the Thai monarchy - by writing a novel critical of the monarchy. Self-published, the book is reported to have sold ten copies.

The monarchy has played a critical role in the country, providing stability and inspiration during a time of change. Sentencing someone to prison for "insulting" it seems very much at odds with the values the present king has espoused.