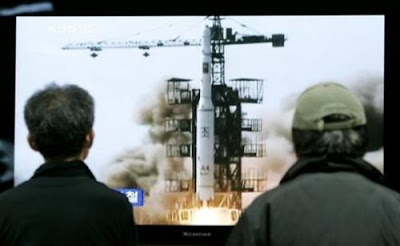 I happened to be doing some research the other day for one of my new books when I came across estimates of how much money it costs North Korea to launch its largest rockets.

The numbers being thrown around were in the area of $500 million. Estimating costs of any rocket program is fraught with difficulty, and estimating anything involving North Korea is impossible. But given that an Atlas V launch costs in the area of $120 million* (or at least that's the ballpark of what a customer is charged), the North Korean estimate may not be that far off.

To put that number in perspective, at $70 per barrel, the country would spend about $525 million a year on oil. North Korea's GDP, according to the CIA's guesstimate, is in the area of $40 billion a year, and is estimated to be shrinking at 2.3 percent a year.

Maybe we should encourage Kim to launch more rockets.